The mayoral race is heating up and, naturally, Houston’s waste management and infrastructure have been under the spotlight. Mayor Annise Parker proposed an expansion of single stream recycling in her budget proposal for the 2014 fiscal year (which started July 1). What are the implications of this new method of recycling for Houston scrap metal recycling? Let’s investigate.

What is Single Stream Recycling? 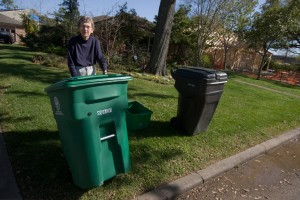 Example of a single-stream recycling cart.

Traditionally, individuals are required to dispose of their recyclables in specific containers; there is a separate bin for glass, plastic, and paper. Single stream recycling is revolutionary because it allows you to put all of your recyclables in one giant bin.

This is nothing new for residential recyclers; one could place all of their recyclables (only paper, plastic and aluminum) in one bin already. But single stream recycling comes with other advantages. Traditional recycling bins were open top, leaving recyclables victim to weathering and exposure, thereby damaging the quality of the recyclables. The bins were also difficult to set outside, particularly for those with disabilities and the elderly. Finally, the 18-gallon cans simply don’t hold very many items and do not accept glass.

The new 96-gallon single stream carts come with wheels and handle, making them easier to push to the curb. They also accept glass and have a lid, protecting recyclables from exposure. Overall, the initiative should encourage recycling by making it a simple companion to taking out the trash.

Unfortunately, single stream recycling does not accept scrap metal, accept for aluminum. If you think about it though, this is actually quite a good thing! Instead of giving your scrap metal up for free, you can sell it to a scrap dealers and recyclers for instant cash.